The wide use of radioactive materials in human activities leads to the accumulation of a significant amount of radioactive waste (RW). Therefore search for safe methods of handling with RW and analytical determination of their content in environment becomes the most urgent tasks. At present, uranium mining, nuclear fuel production, treatment of various types of RW, civil and military nuclear powered transport, all of these became major sources of technological radioactive nuclides.1. Furthermore territories contaminated by nuclear weapon testes and exposed owing to emergency situations at nuclear fuel cycle facilities represent a significant radiation hazard. A certain contribution to radioactive contamination of ocean and terrain environment have been made by RW generated during drilling at oil wells and offshore platforms In concern with all of these reasons monitoring of radionuclides content in environment especially in radiation-hazardous areas and objects became an important task [2–8].

Current analytical practice and the concept of treatment of low-level activity liquid radioactive waste require the application of highly efficient materials that could strongly bind radionuclides and allow their isolation, separation and concentration. Under technological operations and in laboratory analysis, polymer ion exchangers, inorganic materials and composite sorbents based on them, as well as complex-forming sorbents (CFS) could be used to adsorb radionuclides [9–14].

Due to functional groups fixed on polymeric or mineral matrices CFS could characterize by the ligand binding mechanism. Methods for CFS synthesis include chemical and non-covalent fixation of functional groups on synthetic and natural matrices, impregnation and preparation of composites based on various matrix. In CFS composition could contain some functional groups that involve metal ions in complexation process in media with different pH values. The most effective CFS are containing diphosphoryl, carbamoylmethylphosphinate, aminophosphinate, primary, secondary, tertiary nitrogen atoms, quaternary ammonium groups [15].

However, analytical determination of actinides still stays very important task because of special chemical properties of U, Pu, Am and the large variation in chemical composition of processing solutions. In this connection, the selection of new CFS for effective analytical determination of radionuclides in complex chemical composition solutions, including natural media, nowadays seems to be a very important task.

Depends on the field of use, a certain set of requirements have been presented to the CFS. Only biosorbents, the adsorption materials based on biocompatible polymers, may apply in drinking water treatment especially water for baby food and in biological fluids purification from heavy metal ions and radionuclides. There are a few such biocompatible polymers and the development of new types of them or the expansion the field of application of already existing ones are really urgent tasks [16,17].

In this decade, the Eudragit® substances which are copolymers of acrylic and methacrylic acids derivatives produced by Evonik, Rohm & Haas Gmbh have become widespread in medical practice. These copolymers are produced under a common brand, but they have different composition and different types of functional groups and therefore can be used not only in pharmacology, but also in other areas, in particular for the creation of adsorption materials. Possessing solubility at pH more than 7, Eudragit S provides the direct acid-sensitive drugs delivery into the intestines bypassing stomach acid media [18,19]. Biodegradable materials based on a mixture of Eudragit E [20] or Eudragit RS[21] with chitosan may become an alternative to synthetic resins for the production of sorption materials for environmental application.

In reference [22] shows the possibility of obtaining a chelate compound of Ni with Eudragit C. This complex was used in chromatography for separation the cell wall components from solutions. In addition, the formation of such a strong complex of a divalent ion with a methacrylate copolymer containing a nitrogen atom allows to consider Eudragit E as the starting matter for the synthesis of metal-ligand complexes [23]. 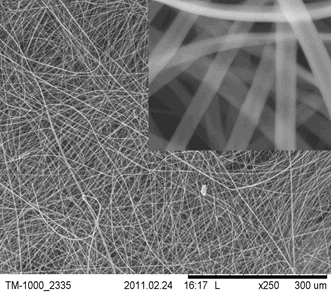 Thus, a group of Eudragit\circledR{} copolymers may become promising for use in the analytical practice of radioactive substances. Therefore, in this work, we have been studied the possibility of the interaction between Ed-E, Ed-RS and radionuclides $\rm ^{233, 238}U,\:^{241}Am,$ $\rm ^{239}Pu,\:^{90}Sr,\:^{90}Y$ to determine the field of application in radiochemical analysis.